Benefit Claims to be Easier for Veterans With Brain Injuries

New regulations published in the Federal Register last December will ease the process of receiving health care and compensation for veterans who suffer or have suffered from a variety of illnesses that are caused by a traumatic brain injury (“T.B.I.”).

As reported in The New York Times, the new regulations will provide expanded benefits to veterans for five illnesses that are linked to T.B.I.: “Parkinsonism, unprovoked seizures, certain dementias, depression and hormone deficiency diseases related to the hypothalamus, pituitary or adrenal glands.” 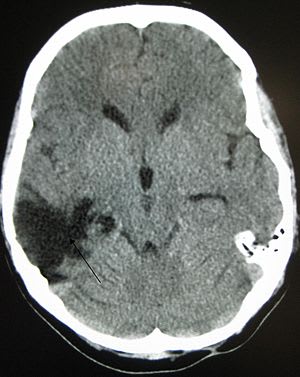 According to reports from the Defense Department, over 250,000 military personnel have been diagnosed with T.B.I. since 2000. The new rule would therefore allow tens of thousands of veterans to file new claims for benefits. Surprisingly, the majority of T.B.I. injuries in veterans have occurred in non-deployed military personnel as the result of automobile accidents, training accidents, or sports injuries.

Under the new regulations, a veteran must still prove that they received a service-connected T.B.I. However, the department must accept as true that any of the five illnesses listed above were caused by the service-related T.B.I.

There are, however, limitations. For example, a veteran must display symptoms of dementia within 15 years of enduring a moderate or severe T.B.I. The regulations only allow a one-year window from date of injury for hormone deficiency diseases to manifest themselves. Depression must also be evident within one year of suffering a mild T.B.I.